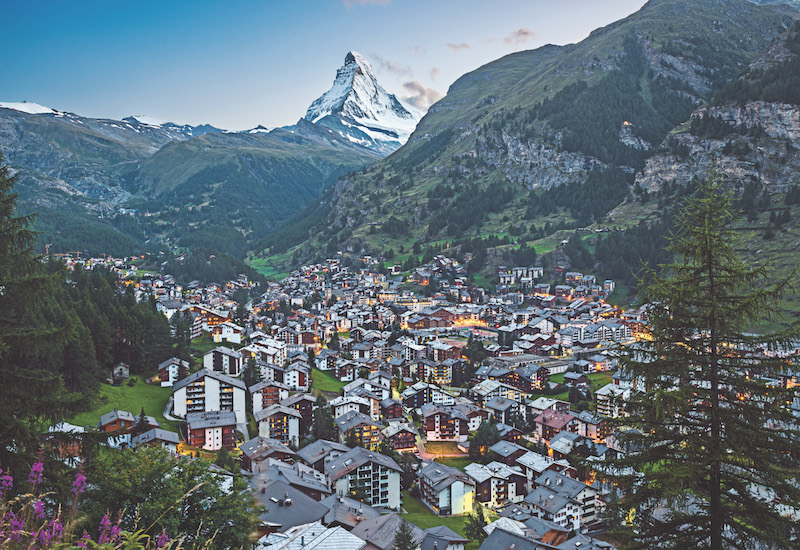 As the snows fell in the Swiss Alps in early February, Syngenta Chairman Michael Demaré made a startling announcement from their headquarters in Basel. The composed Swiss executive calmly announced to the world business press that China National Chemical Corp. (ChinaChem) offered US$43 billion to acquire the giant agribusiness in the most ambitious foreign takeover bid by a Chinese company to date. The Syngenta payout more than doubles the earlier record set by the China National Offshore Oil Corporation (CNOOC) purchase of Canadian oil company Nexen in 2012 for a comparatively modest US$18 billion.

The proposed acquisition of Syngenta is remarkable in many respects. The acquisition accounts for the lion’s share of the US$60 billion announced Chinese acquisitions in Europe for Q1 2016, making it the busiest period on record for Chinese outbound deal making, according to law firm Baker & McKenzie. The all-cash Syngenta deal easily trumps the US$23 billion of Chinese FDI to Europe for the whole of 2015 and shines the spotlight on Switzerland as a prime destination for Chinese investments and business partnerships.

The Swiss transaction highlights the increased appetite for acquiring foreign companies as well as a comfort with the business environment of that country. End of year data from international accounting services firm Ernst & Young China for 2015 states China’s outward foreign direct investment (ODI) grew by 13.3% to a historic high of US$139.5 billion. The results for the first half of 2016 are even more impressive, as information released by global financial data provider Dealogic show China’s mergers and acquisitions (M&A) volume of US$135.3 billion in the first half of 2016 already surpasses any previous full year record.

The Swiss power play illustrates the desire for China to invest in Europe. China’s investments in Europe outpaced those in North America by a whopping 35% last year, at US$23 billion and US$15.3 billion respectively. Analysts believe that if projections by high-level China officials that call for an additional growth in ODI of another US$1 trillion by 2020, or an average outflow of about US$200 billion per year, were to be realized, it would mean hundreds of billions of dollars in ODI for countries in Europe and North America in proportion.

Switzerland has traditionally been seen as an attractive investment target due to the high level of political and economic stability that country offers, the transparency and fairness of its legal system, the reliability and expanse of its infrastructure network and its efficient capital market. Even more important, as China stands at the cusp of a new economic era Switzerland stands to benefit from this transition greatly.

After three decades of dizzying double-digit growth, China now has to cope with the challenges that come with an economy that is faced with a slower growth period. The old model based on cheap, abundant labor and powered by massive economies of scale is falling by the wayside as China moves from a middle-income to a high-income economy, a Baker & McKenzie report comments.

With Chinese investments in resources plunging in 2013, investment shifted from raw materials to services, advanced manufacturing, technology and other high value added sectors. Chinese firms, it seems, are discovering investment possibilities in electronics, financial services and healthcare – and Switzerland is an important port of call for all.

ChinaChem’s takeover bid of Syngenta is widely interpreted as a strategic move by Beijing to assure food security, as well as to access technology and know-how. Syngenta, after all, is one of the leading producers of genetically modified seeds and the largest crop chemical producer in the world. The deal will likewise open new markets to ChemChina, as it is present in 90 countries through 112 production and supply sites.

Syngenta, which posted global sales of US$13.4 billion and a market capitalization of US$37 billion in 2015, was the subject of a failed takeover by American firm Monsanto Co., the world’s largest seed company. One point of contention that hindered the deal was whether the company headquarters would remain in Switzerland, which ChemChina agreed to.

“In making this offer, ChemChina is recognizing the quality and potential of Syngenta’s business,” Demaré announced. “The transaction minimizes operation disruption and is focused on growth globally, specifically in China and other emerging markets, and enables long-term investment in innovation.” The deal is expected to be finalized within the year and has already cleared one hurdle, after receiving the go-ahead from the Committee on Foreign Investment in the US, which has the authority to block deals it considered harmful to national security. The deal could still face opposition from EU regulators.

Prior to the Syngenta deal, the biggest Chinese acquisition of a Swiss company was the 2009 China Petrochemical (Sinopec Ltd.) buyout of Geneva-based Addax Petroleum Corp., a listed company on the Toronto and London exchanges, for US$7.2 billion. Industry experts were quoted as saying that “Addax’s assets are well-structured and of good quality, contain sizeable proven reserves and have strong production volumes with great growth potential.”

In February this year, Hainan-based HNA Group, China’s fourth largest airline, completed its purchase of Swissport, the world’s largest ground and cargo handling company, for US$2.8 billion. Swissport will be run as a stand-alone business within the HNA Group. As Eric Born, Group President & CEO Swissport, commented, “Becoming part of HNA Group will enable us to further strengthen our service offering and continue to expand our position as the global leader in ground and cargo handling services.”

The sale of Infront Sports & Media AG, an international sports marketing company based in Zug, to Dalian Wanda Group Co. Ltd., China’s largest investor in the cultural sector, is at US$1.2 billion a smaller, though no less impressive recent investment. Wang Jianlin, Chairman of Wanda Group, said, “This acquisition of Infront will significantly increase the future impact of the Wanda Group in the culture and entertainment industry and will also drive the development of Chinese sports industry and its interest around the globe.”

China’s early foray into foreign investment was characterized by state-owned enterprises going out into the world backed by government funds. Accounting firm KPMG believes that trend is changing. Today, outbound M&A deals are concentrated in high-value added and consumption-related sectors. An example is the increased number of deals in the computers and consumer electronics sector, which grew from 57 in 2014 to 99 the year after. This is good news for countries like Switzerland that heavily engage in value added industries.

At this point in its economic development, China can benefit from a close partnership with Switzerland, ranked the most innovative country in the world. In sectors like regenerative medicine, companies such as the Ticino-based Swiss Institute for Regenerative Medicine (SIRM) can pave the way and work with Chinese enterprises to usher in the next phase of medical knowledge and practice.

The business flow between China and Switzerland is certainly not a one-way street. Led by the likes of giant enterprises like Novartis (pharma), Nestlé (food) and ABB (infrastructure), Switzerland is one of the few countries to run a trade surplus with China. Switzerland primarily exports mechanical and engineering industry (MEM) goods and pharmaceuticals to China along with watches and jewelry to Hong Kong. The richer China is, the more attractive high-quality Swiss products become.

When looking for a case study of success, attention often turns to ABB in China. ABB’s relationship with China dates back to 1907, when it delivered the first steam boiler to the country. After years of fast growth, ABB has established a full range of business activities in China, including R&D, manufacturing, engineering, sales and service, with 18,000 employees, 40 local companies and an extensive sales and service network across 147 cities. In 2015, China continued as ABB’s second-largest market worldwide with over Rmb3 billion in revenue, some 90% of which came from locally-made products,solutions and service.

On the diplomatic front, China is intent on moving forward with the Swiss relationship. When President Xi Jinping welcomed Swiss President Johann Schneider-Ammann to Beijing in April, he hailed him as an “old friend of the Chinese people”. Not only was Switzerland one of the first Western countries to establish diplomatic ties with the PRC in 1950, Swiss traders and missionaries found their way to the Chinese empire hundreds of years before. In a country where background and history is everything, the Swiss stand to move from strength to strength.

No comments to show.