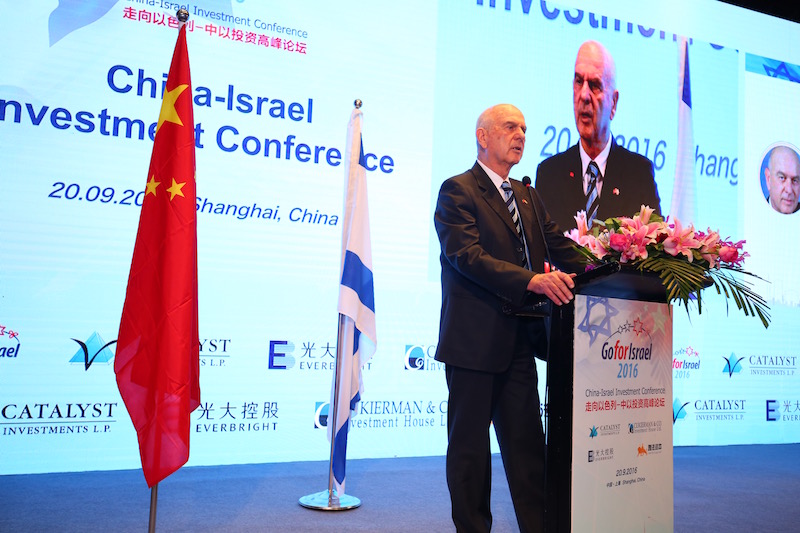 “In Israel a thousand kilometre journey begins with innovation” said Edouard Cukierman, Managing Partner Catalyst CEL Fund, at the opening of the GoforIsrael conference. Now in its 16th year this event was held in the Grand Hyatt Hotel, Pudong, Shanghai on September 20. Illustrating the importance put on China by Israeli companies this was the first time the event has ever been held outside the country.

Major sponsors included China Everbright Limited and leading Israeli private equity company Catalyst, who teamed up to create the CEL Catalyst China Israel Fund in 2014. The aim is to invest in innovative Israeli companies and help with their long-term development particularly for the Chinese market. In much the same way the conference has aims of building cooperation between the two countries.

Leading on from China’s one belt one road policy there seems to be a great deal of synergy between innovative high-tech Israeli companies and the demands of China’s rapidly expanding middle class. Matching the R&D capabilities of Israel with China’s manufacturing prowess is a win-win scenario. This is what the State of Israel’s Ambassador to China, Matan Vilnai, sees as a virtual bridge linking the two countries.

Topics discussed at the event included Israeli-Chinese Partnership with the one belt one road initiative, M&A activity, market strategies, along with Chinese investments in Israeli Medical Device Technology Companies, Biotech & Pharma sector, TMT companies and the Green Tech sector. There was also an opportunity for Israeli companies in these sectors to do elevator pitches about their operations and the opportunities they represented.

No comments to show.